What's In The Archives

Order Historic Documentaries
-Order DVD's
-Own a Piece of History 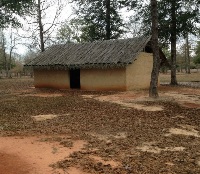 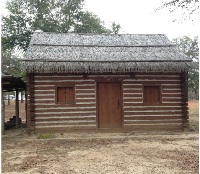 Baldwin County's story begins, of course, with the Native Americans who inhabited the region as far back as 10,000 years ago. Though distant from us in time, the Indians were drawn to the area for many of the same reasons: the abundance of its natural resources and the incredible range of its navigable waters, which entirely surround the county except for the 17-mile border it shares with Escambia County. Like today's inhabitants, the Indians were great seafood lovers. In fact, those of one era, the Shell mound people, consumed so many shellfish that their middens formed veritable hills, which probably reached a height of 25 feet on Fort Morgan Peninsula.

The Indian Village exhibit features a full-scale replica of how the Native American ancestors in Baldwin County lived and once used the property that is now Baldwin County Bicentennial Park.

The exhibit includes a replica of a 1800s trade house, four winter homes, stockade gardens and a ceremonial mound.